An award-winning and groundbreaking solution

Riser pipes are vital to subsea production systems, but due to their location and complexity, they can be difficult to monitor and inspect once in service.

Until now, no satisfactory inspection technology has been available, but with TechnipFMC's new In-Service Riser Inspection System (IRIS), complex flexible pipe structures will become easier and safer to inspect without stopping production.

"Back in 2011, we surveyed what was in the market as far as flexible pipes," said Yann Nicolas, project development manager on the IRIS project. "Some of the them had problems and we couldn't find a good system on the market to deal with that.

"We began developing IRIS because we wanted to prove that the pipes could be inspected properly, and also wanted to create new business for our life-of-field products."

IRIS is the first of its kind to allow deployment and operation of several non-destructive technologies simultaneously including:

The equipment is non-intrusive and has a crawler function allowing it to move along the riser independently, and it can perform cleaning operations without compromising production. 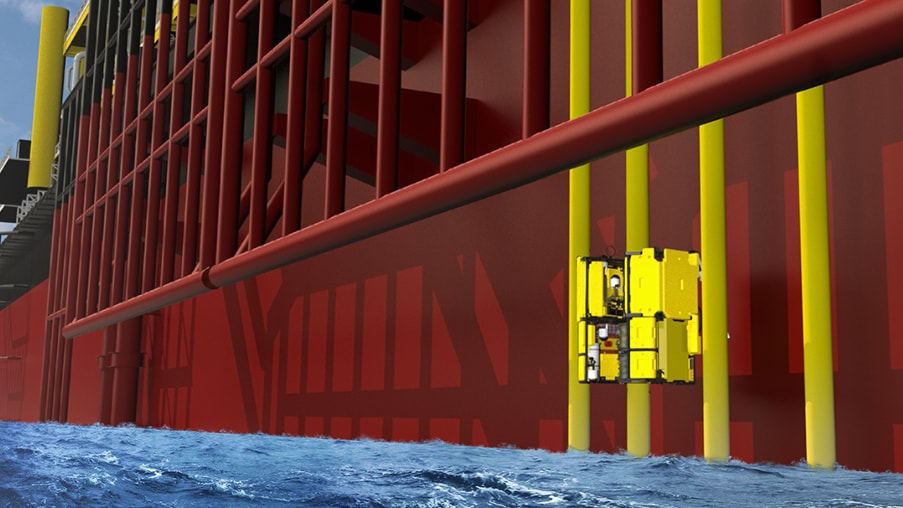 IRIS's final qualification will happen in the first quarter of 2018 and be released to the market later in the year.

"A number of clients are already involved with the development of this produc and are keen to use IRIS as soon as possible," said Nicolas. "They're very happy with the first demonstrations, and it's an affordable solution compared to riser replacement."

Even though IRIS was developed mainly for complex flexible pipe structures, TechnipFMC intends to make it also suitable for use on other pipes such as: rigid pipe, pipe-in-pipe and umbilicals. The water depth scope will also be increased to allow inspection in very deep water.